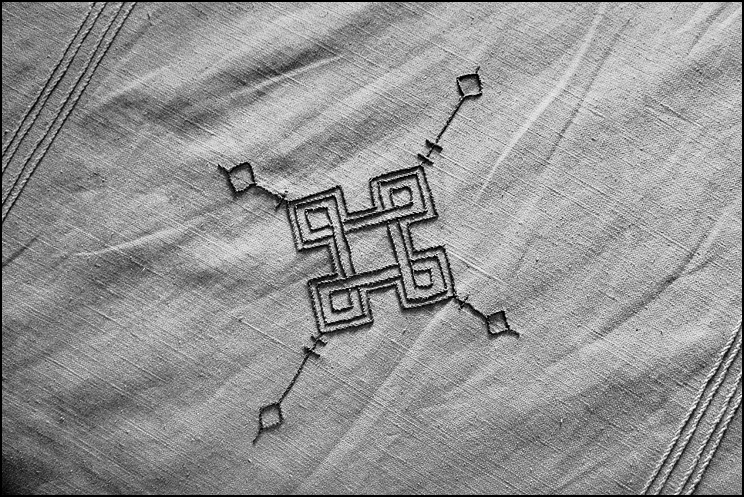 This photo, the previous photo, and this one were all shot on HP5 rated at 800 and souped in Diafine. For a long time, Diafine was the only developer I used, often with TriX or Neopan 1600 (an oft overlooked combo). HP5 in Diafine looks a lot like TriX in Diafine but with one stop less speed. It’s an interesting look, and it’s dead simple to manage in processing and later on in scanning. With Diafine, highlights just don’t block up in the normal way, while shadows manage to retain some detail.

With all the sympathy for you and your blog, I think the M8 is an inferior tool in B&W, so you are better off as you are now – it might be more fun to try a Hasselblad actually, as I see you often making contemplative type of photographs, and portraits – let’s say to stay light a Rollei with an 80 Xenotar, and the Tele Rollei with the 135 Sonnar – this sounds right for you…

Marek, you may well be right about the M8 being an inferior tool for B&W. My desires for it are less than half serious. I enjoy the process of shooting and developing film, and I like the results. The only real downside is the time commitment.

I’m intrigued by medium format. I’ve looked at TLRs, hasselblads and mamiya rfs, but any of those would require a scanner upgrade and a computer upgrade as well, such that the total infrastructure cost would be much more than the camera and lens.

I’m not sure that right now I want the hassle of any gear changes. I’m trying to stay focussed on the photography. When I get bored, I just try a new film.

You are most likely right. If anything, I feel what really is enjoyable in the RF shooting, is the way you can squeeze the best out of your lenses, and for this reason I believe it is more rewarding to use lenses that can enrich your vision. I have bought a cheap (remainder) album by Jeanloup Sieff, and there are lots of things to learn from him. At a certain point he got fixated with making his fashion shoots with only 1 lens – the 21mm Leica… The results are really surprising. I get very interesting results from the 35 Nokton and 50 C Sonnar, it is really like shooting with a different camera altogether…